This is a note following my post back in april regarding short function hooking.

One of the most abused API is MGCopyAnswer in libMobileGestalt, but directly hooking it will instantly crash the process with an invalid instruction. However if you’ve ever analyzed the library in disassemblers you would notice that this function is actually using another private symbol-less routine to perform its tasks and this routine is always the first branching instruction in MGCopyAnswer. 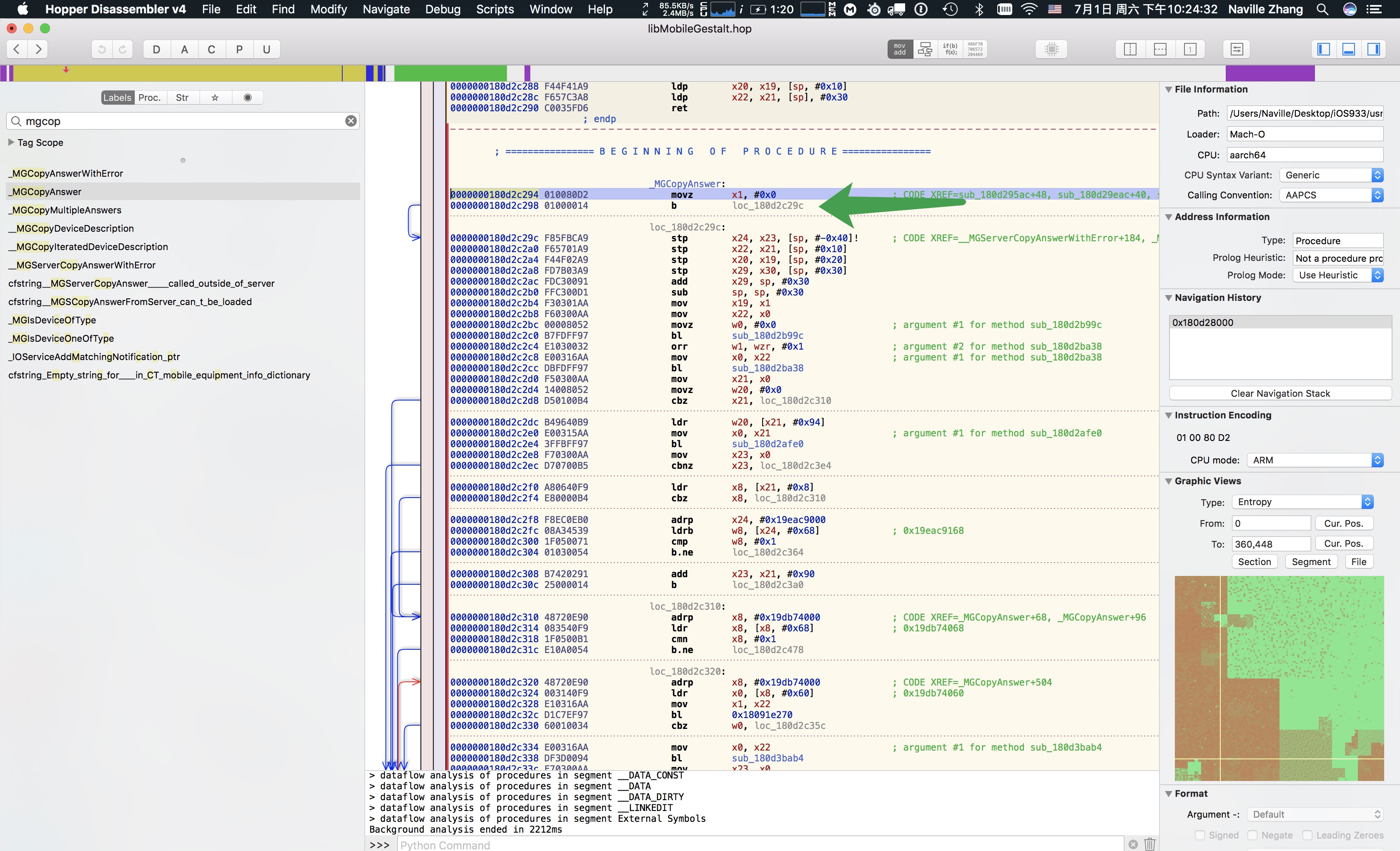 As such, a pretty obvious method would be hooking this subroutine, as mentioned in my previous post.But how do you know the address if it doesn’t have a symbol to begin with? Relative offset? Possible, but maybe not stable. Fortunately, we have Capstone Engine, which is a powerful disassembler based on LLVM’s MC to save the day. Now we have the “signature”(First B in MGCopyAnswer),and a disassembler. All we need is to disassemble MGCopyAnswer and locate the subroutine for hooking. A sample PoC code can be found at Naville/MobileGestaltHooking 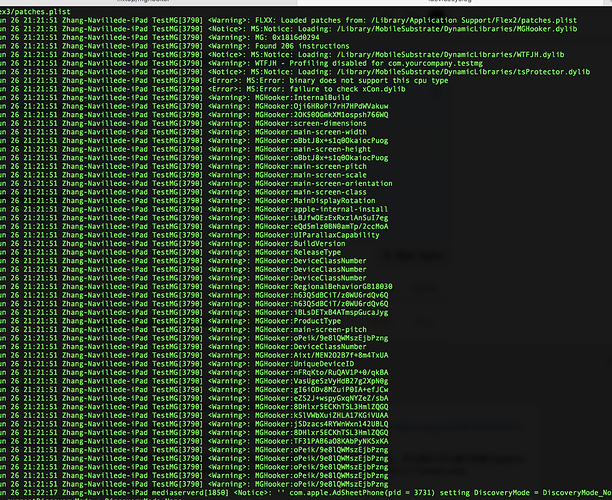 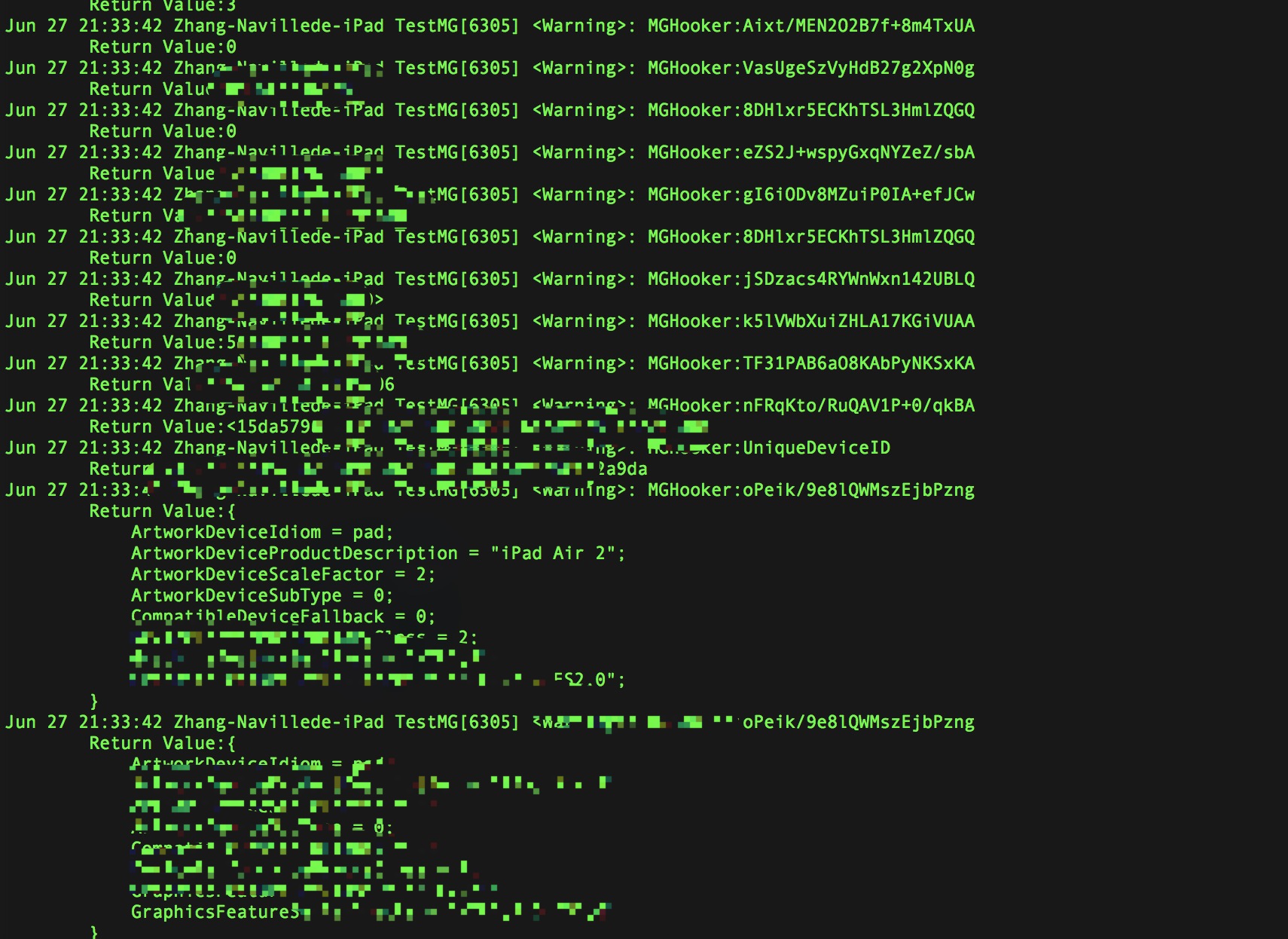 Welcome to my other publishing channels